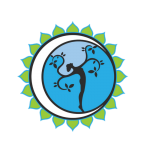 Mandrake and the Moon of Midsummer 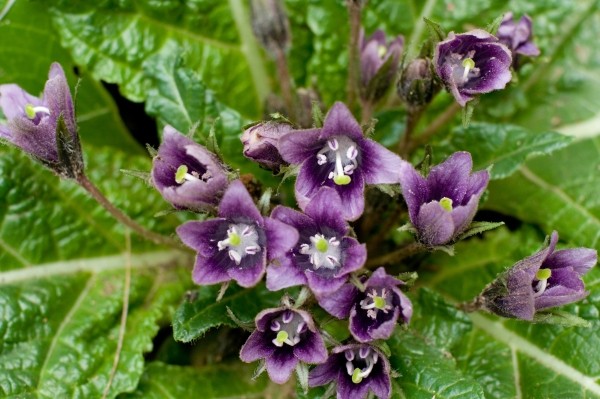 She has watched the moon growing, waiting for this night, and now full, it spills over the rich grasses of summer as she hurries towards the woodland just beyond the far edge of cultivated hay. It’s almost midnight and she’s anxious to complete her task. She holds her lantern aloft, but she doesn’t need it. There are no clouds tonight.

She whistles for Hardy who is busy digging at a hole where he chased a rabbit to earth. She has taken great pains to train her big, lovable mutt. He was the only pup of four to survive when she pulled him from a burlap bag weighted with rocks and left in a shallow eddy of the river.  He lifts his head and trots to her side. She extends a hand to scratch between his ears.

They enter the woods and now she is glad of her lantern as she searches beyond the reaches of the faint trail in the open growth where the tree branches break to allow threads of silver. Raisa, the village midwife, has told her where to look and she finds it so quickly she takes a step backward in alarm. The deep green leaves arranged in a graceful rosette fold to the soil. Five translucent purple flowers stand erect and blooming, offering silent homage to their mistress Hecate, the great witch whose name is never spoken now. The hairs on the back of her neck prickle and she holds the lantern high, looking around her and listening intently. It won’t do for anyone to see her. This is witchcraft, and she knows its consequences, but she is desperate. Hardy sits relaxed and panting quietly and she shakes her head at herself – at her own foolishness. The townsfolk will all be fast in their beds now, sleeping the deep sleep of hard-working people.

She takes a breath and faces west. She steadies herself and holds her intent in her mind’s eye. She visualizes herself with a round belly and then holding a baby. Two tears slip unchecked down her cheeks. She has prayed and prayed to god in heaven but to no avail. She takes another breath, returning to the wanted vision, and reminds herself that Edith tired for years but it wasn’t until she had the mandrake charm that she became pregnant.

Now, she walks purposely around the plant three times, as Raisa has instructed. With a spade, while facing west, she digs a circular trench close to the plant, exposing the top section of the root. “Hardy!” she calls softly. He sits beside her and she ties a cord below the leaves of the plant where they meet the root and tests the knot to make sure it will hold. She attaches the other end of the cord to the collar around Hardy’s neck. He licks her cheek and she pauses briefly to grasp his head close to her and hesitates.

She knows too well the stories of harvesting mandrake. No human can withstand its lethal shriek as it is pulled from the earth. Some say that dogs can pull it from the ground but die soon after. Raisa says this is untrue. Raisa insists that it is only dogs, sacred to Hecate that can survive a mandrake scream. She hugs Hardy to her once more but then backs away and says, “Stay. Hardy, stay!” She leaves the edge of the wood and walks into the hay field. Hardy barks once, insistent, and she repeats the command and he whimpers but sits tight.

She sets the lantern in a patch of dirt and places her hands tightly over her ears, turning her back to the forest. She whistles once. Hardy bounds towards her through the tall grass and drops panting at her feet with the cord still attached to his collar. She keeps her hands over her ears while she follows the cord to its end. The root is there, fully intact and pulled cleanly from the earth! Hardy shows no signs of distress and she breaths a sigh of relief.

She removes the precious silk from her pocket and wraps the root carefully without touching it. When she is home, she will detach the leaves, rinse the root clean with wine, wrap it again in silk and let it dry. Then, she will place it under her pillow and let its powerful magic work on her womb.  She smiles for a moment, hopeful, lifting her face to the cool glow of the midsummer moon, she whispers a prayer – to Hecate or to god – whoever will hear her and turns for home.

Mandrake (Mandragora species) is the common name for a number of plants with roots that resemble human figures and contain alkaloids that have hallucinogenic, narcotic, and poisonous effects. In legend, the human-like roots scream when dug up, killing instantly whoever hears them.

The earliest notations about mandrake indicate it was long associated with fertility. The Ugarit Canaanites (Ugarit is a settlement located in what is now Northern Syria dated to 1450-1200 BCE), connect the plant to the goddess Anat in her loving, peaceful, and passionate aspects (Anat is the goddess of both love and war). In the Book of Genesis, Leah gives her barren sister Rachel mandrake and eventually Rachel becomes pregnant.

Early Greek physician, botanist, and pharmacologist, Dioscorides (40 – 90 CE), carefully documented the uses and effects of mandrake. In Greek and Roman culture it was known as an aphrodisiac, as an anesthetic agent used to cause unconsciousness during surgery, as a powerful analgesic, as an aid for insomnia, and as a poultice of cooling leaves for wound healing. Roman naturalist Pliny (23-79 CE) recommends the careful administration of mandrake because of its toxicity. Probably it caused coma and death as often as it healed.

Since ancient times the root is soaked in water while exposed to moonlight from the time of the new waxing crescent until the full moon. This moon water is used in lunar rituals, to honor lunar deities, or as a purgative to drive evil spirits from a room or person.

It’s unclear when mandrake is first associated with the ancient Greek goddess Hecate. Hecate probably predates Greek culture, which may explain her transitional and fluid associations over time. In early myth, she is a protective goddess who watches over households and keeps roadways safe for night travelers. Later she is associated with the dark moon, the underworld, magic, witchcraft, knowledge of herbs and poisonous plants, ghosts, and sorcery. Mandrake along with yew, aconite, belladonna, and dittany are Hecate’s symbolic plants. Dogs are her constant companions and Athenians believed that dogs barking signaled Hecate’s approach.

By the Middle Ages, mandrake legends had spread across the European continent to the British Isles and the root had acquired a variety of magical properties. It could cure many diseases including the plague, bring luck, bewitch a suitor, induce passion, and promote fertility among others. The idea that mandrake kills those that attempt to harvest it probably evolves as a means to increase its monetary value and reduce wild crafting by local people. In the Mediterranean region and Europe, it was in high demand as a medicine and charm. The idea that dogs are its proxy harvesters is widespread in literature dating to the early 13thcentury as shown by the illistration above. The illistration is a scan from the 15thcentury manuscript Tacuinum Sanitatis demonstrating harvesting methods for mandrake. The Tacuinum Sanitatis originates from an eleventh-century Arab medicinal text written by Ibn Butlan of Baghdad outlining tenants of good health.

The Catholic Church, seeking to wipe out pagan traditions, labeled goddesses like Hecate malevolent witches and outlawed the ritual and magical use of plants. To practice herbalism was an act of great courage. To carry a mandrake charm on one’s person was proof of witchcraft and might lead to a fiery death. By the late 1600’s beliefs about the positive attributes of mandrake existed side-by-side with stories of darkness and evil.  People whispered that mandrake sprung from the earth only where semen or blood had been spilt and could most often be found underneath gallows.

Today, mandrake is still popular with modern witches as a moon charm and its legend is safe in the herbology class scene with Professor Sprout in Harry Potter and the Chamber of Secrets. For me, mandrake and its associations with the moon and fertility, highlight the close relationship our ancestors had with the natural world all around them and the ways that myth and superstition blend over hundreds of years to drive human behaviors.

I can’t know if our kind-hearted, unnamed heroine ever has the baby she longs for, but I can hope. I like to imagine her happy with a little daughter gurgling on her lap, Hardy sleeping at her feet.

I am Willow and my Story is Intuition

Amyris and the Beauty of a Broken Heart

Holding the Amyris Torch for Others

I am AMYRIS and my story is RESILIENCE